Think you have tried all kinds of pizza? Here are the top 10 pizza styles you might not know about:

1. Sicilian pizza: Originating in the southern most province of Italy, Sicilian style pizza is often synonymous with thick crust, a rectangular shape, and a hefty amount of dough, sauce and cheese.

2. Neapolitan pizza:
Neapolitan pizza is traditionally made with mozzarella cheese and San Marzano tomatoes grown in the volcanic soil south of Mount Vesuvius. This pizza can also be referred to as Naples style pizza. According to the “Associazione Verace Pizza Napoletana” or the “True Neapolitan Pizza Association”, a genuine Neapolitan pizza must be no more than 3 millimeters thick and must be baked for no more than 90 seconds in a 905 degree Fahrenheit oven.

3. New York style pizza:
If you live anywhere on the East cost, this is the top pizza style that you are probably most familiar with. The New York style pizza is often made with large, thick, hand tossed crust. The slices are crisp along the edges while remaining thin and chewy and can be found at any pizza restaurant in the tri-state area.

4. Greek pizza:
The Greek pizza is a little bit more unique as this top pizza style is defined by its preparation. A Greek pizza is baked in a shallow pan, rather than on the bricks of a pizza oven. Due to the specific baking style, the crust is often chewy and puffy and can be found at any Greek style pizza restaurant.

5. Chicago-style pizza:
Chicago style, also known as deep dish pizza, is unique compared to its relatives. A deep dish pizza is baked in a round, steel cake pan. This creates a deep crust allowing for large amounts of sauce and cheese to be stuffed inside. The Chicago style pizza will often resemble a pie rather than the flatbreads that many Americans might be used to.

6. California-style pizza:
A California style pizza, made famous by the “California Pizza Kitchen Chain” combines the size and shape of the New York style pizza with a gourmet Californian cooking style. Made famous by cooks such as Wolfgang Puck, these pies are often characterized by their use of unique ingredients.

7. St. Louis-style pizza:
The St. Louis style pizza, ubiquitous throughout the Midwest, is a distinct style consisting of a very thin cracker-like crust. To achieve this consistency, the dough is made without yeast creating a crispy, thin crust that cannot be folded without breaking. Also, the cheese used on St. Louis style pizza is almost always a locally invented Provel. The taste is said to combine the profiles of  Swiss, Cheddar, and Provolone cheese.

8. Sushi pizza:
Perhaps the most interesting pizza on this list is the the Sushi pizza. The Sushi Pizza consists of a fried rice patty at the base topped with a layer of avocado, sliced salmon, tuna, or crab meat. This pizza is served hot. Due to the popularity and wide availability of the ingredients, Sushi pizza has quickly become one of Toronto’s signature dishes and can be found in any pizza restaurant in the Toronto area.

9. New Haven pizza:
Affectionately referred to as “apizza”, New Haven style pizzas are similar to Neapolitan pizzas. Coal fired with a thin crust. Pro tip: a plain New Haven style does not include cheese. Cheese is considered a topping on this style. This style can be found at any pizza restaurant in Connecticut.

10. Domenic’s & Vinnie’s pizza:
Our favorite, of course. We make our dough fresh several times daily, we make our sauce from scratch, and we make our pepperoni and sausage from scratch. Come to our pizza restaurant to enjoy Domenic’s and Vinnie’s unique pizza that cannot be found anywhere else in the world! View our Instagram page here 🍕 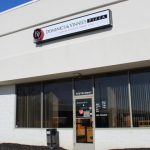 The BEST Pizza in Middlebury Connecticut 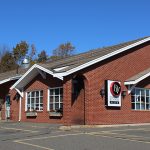 The BEST Pizza in Waterbury Connecticut 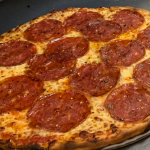 The BEST Pizza in Southington Connecticut 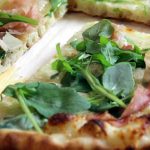 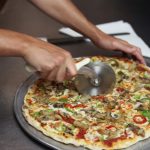 Tune Into Trivia Tuesday with Domenic’s and Vinnie’s 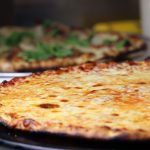 Ways of Blotting Your Pizza 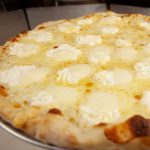 The Cheese Matters in Pizza 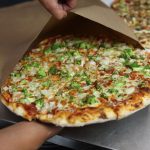 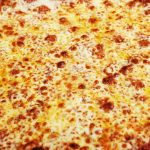 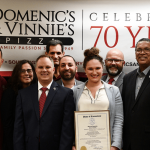 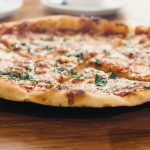 Order Pizza With Us for Your Special Event 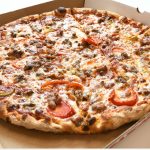 Pizza Toppings That are Kid Friendly